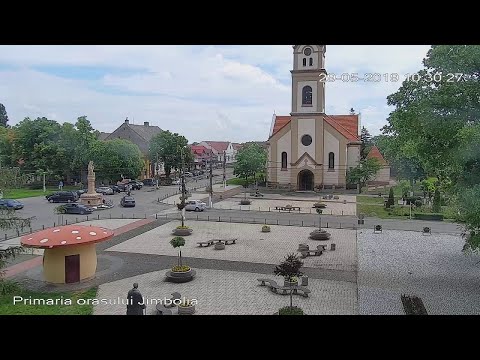 Jimbolia is a town in Timiș county, Romania. The earliest record of a community in this location is a place identified as Chumbul in a papal tax record in 1333. This place came under Turkish (Ottoman) administration in 1552. As a result of the Treaty of Passarowitz this place came under Austrian rule in 1718. The surrounding region had become seriously depopulated during the period of Turkish rule.

Jimbolia was colonized in 1766 by German-speaking settlers (Danube Swabians) who named their new community Hatzfeld. After 1867 this community was also officially known as Zombolya.

The painter Stefan Jäger, known for his depiction of Danube Swabian life and history, lived in the town from 1910 until his death in 1962.