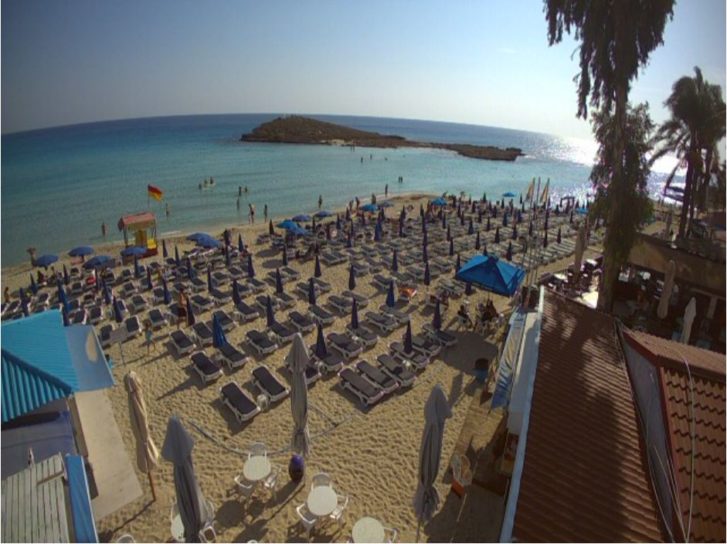 Beautiful Nissi Beach webcam, is a well-known beach in the resort of Ayia Napa, Cyprus.

The beach stretches for 500 metres and the water is clean enough for the beach to have been awarded blue flag designation.

The beach, which runs the length of its own cove, takes its name from the small islet of Nissi located close to the coast.

The resort has twenty-seven beaches, of which fourteen have been awarded the blue flag award, more than any other resort in Cyprus.

In 2018, it was announced that Nissi Beach ranked as third in the list of the most popular beaches on Instagram.

A CNN feature ranked Nissi Beach as the best beach to visit for the month of July 2018.

In 2011, it came first in the TripAdvisor list of the best beaches in Europe In 2017, Makronissos Beach was chosen by Travel weekly as the third best beach for Cyprus and Greece.

Sit back and enjoy the beautiful Ayia Napa webcam