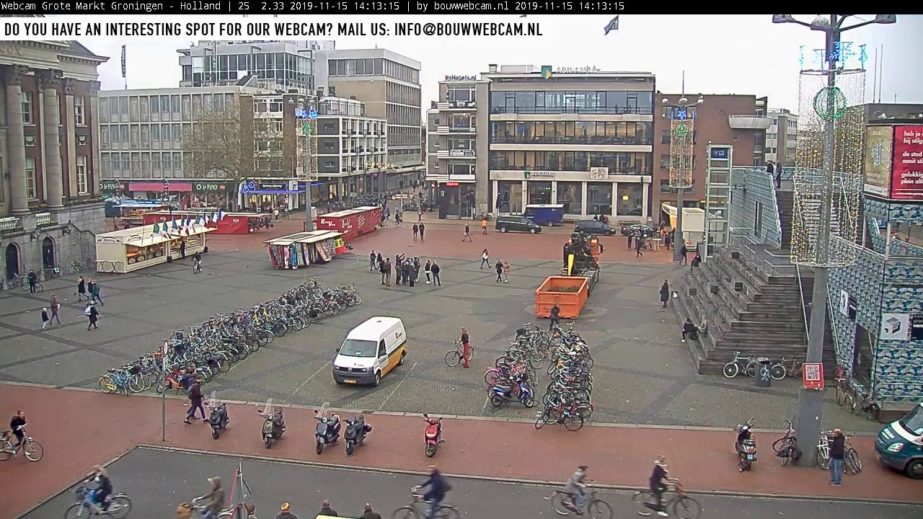 The Grote Markt was one of the most beautiful squares in the Netherlands before the war. A painting by Otto Eerelman – now in the Town Hall – shows the market in its former glory. During the liberation of the city in April 1945 , large parts of the west, north and east side were destroyed or severely damaged. After the war it was built in the style of reconstruction . On the west side in 1962 on the site of the Waagstraat, which was also destroyed in WWII, became a ” new town hall ” of the architect Jo Vegter with the existing town hall from 1810. In 1994 this part of the town hall was demolished to make way for the current Waagstraat complex, designed by the Italian architect Adolfo Natalini.

The latest development around the Grote Markt, which is directly related to the construction of the Forum Groningen , means that the eastern wall has been moved 17 meters forward, restoring the original building line from before the Second World War. The aim is to ‘give back its grandeur’. The construction work will be completed in 2020.