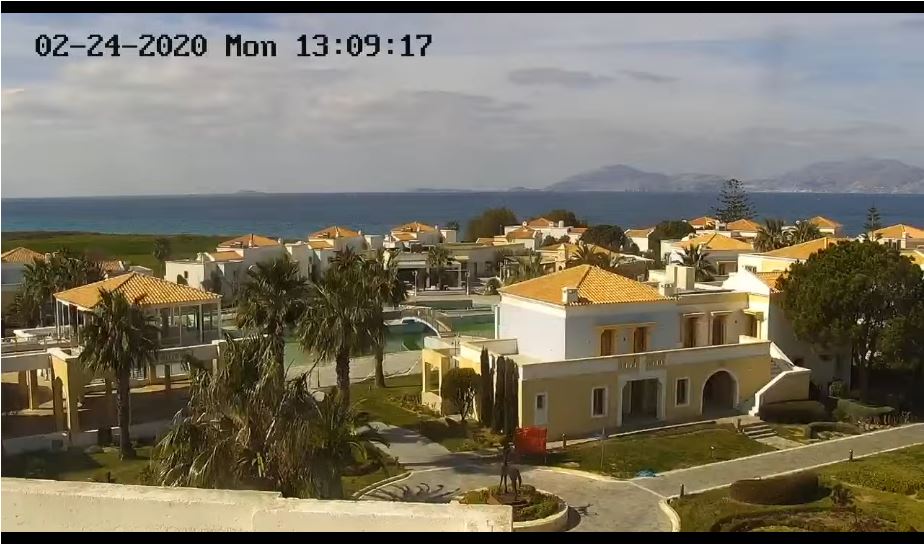 Live cam Greece, set on Bravo Beach along the Aegean Sea, this sprawling, upscale resort is 5 km from the village of Mastihari and 11 km from the Kos International Airport Ιppokratis.

Kos, one of Greece’s Dodecanese islands, is known for its abundant sandy beaches. It’s also rich with Greek and Roman landmarks, particularly in and around Kos Town. This harbor town is dominated by the 15th-century Neratzia Castle. South of the castle are the Ancient Agora ruins, with a temple, shrine and columns. The 3rd-century Casa Romana villa has lavish mosaics.