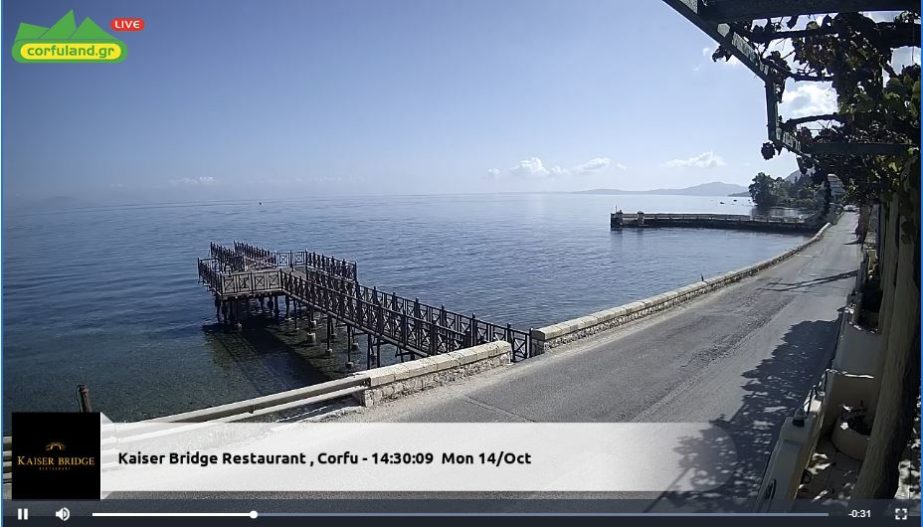 Under the gardens of Achilleion, where Empress Elisabeth chose to enjoy the countryside of Corfu that so she adored, a marble platform was built in the sea for her grace. After her death, the Palace was purchased by the Emperor -Kaiser- of Germany, Wilhelm II,under whose command an arch was raised, connecting the platform with the park on the other side. With the passing of time, this structure has stood a landmark for the area and became known in history as the Kaiser’s Bridge A few decades later, one of the first restaurants in Corfu, carrying the name of the adjacent monument, established itself as a top choice for the locals and visitors of the island willing to savor its imperial majesty.