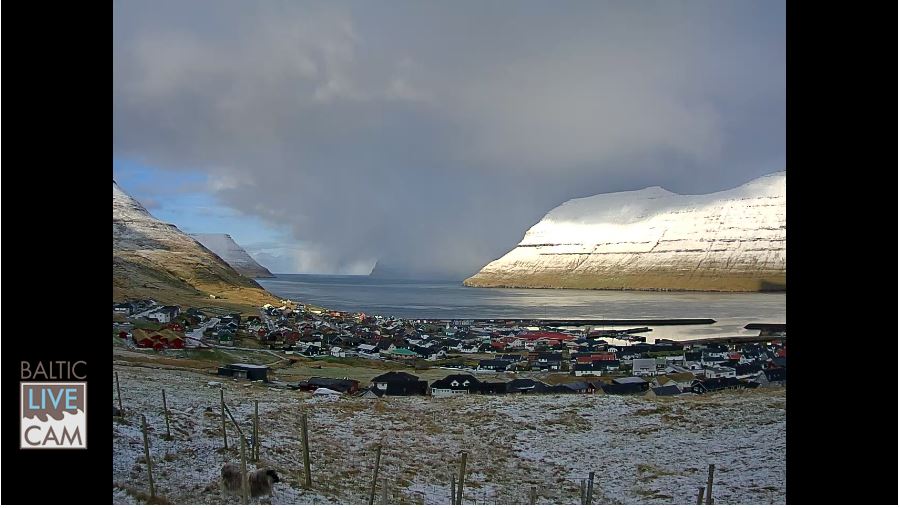 Leirvík is a town on the Faroe Islands and was an important regional ferry harbour at the east coast of the second-largest island Eysturoy. Leirvík has 925 inhabitants.

The Faroe Islands  or the Faeroe Islands, is a North Atlantic archipelago located 320 kilometres (200 mi) north-northwest of Scotland, and about halfway between Norway and Iceland. It is an autonomous territory within the Kingdom of Denmark. The islands have a total area of about 1,400 square kilometres (540 sq mi) with a population of 51,783 as of June 2019.

The terrain is rugged; the climate is subpolar oceanic climate (Cfc)—windy, wet, cloudy, and cool. Temperatures average above freezing throughout the year because of the Gulf Stream. As a result of the moderation and the northerly latitude, summers normally hover around 12 °C (54 °F). Average temperatures are 5 °C (41 °F) in winter. The northerly latitude also results in perpetual civil twilight during summer nights and very short winter days.