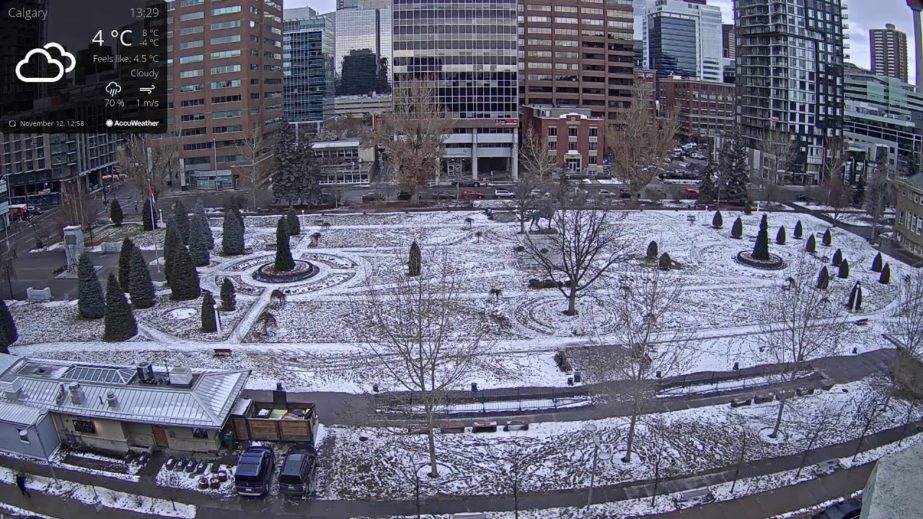 Central Memorial Park is a park located in central Calgary’s Beltline district. Sometimes referred to as Central Park or as Memorial Park, the area is home to the Memorial Park Library, an equestrian statue of Russell Lambert Boyle, and a cenotaph.

Calgary, a cosmopolitan Alberta city with numerous skyscrapers, owes its rapid growth to its status as the centre of Canada’s oil industry. However, it’s still steeped in the western culture that earned it the nickname “Cowtown,” evident in the Calgary Stampede, its massive July rodeo and festival that grew out of the farming exhibitions once presented here.