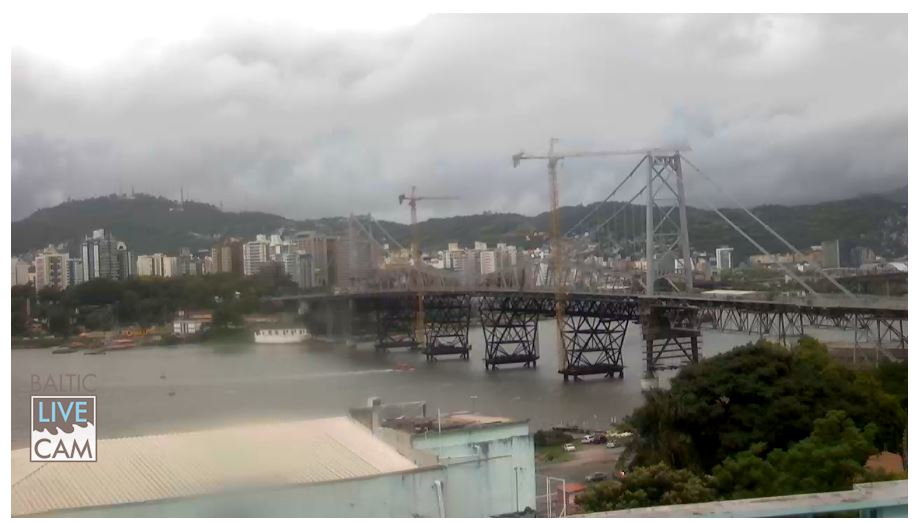 Located in Florianopolis, the capital city of Santa Catarina State in southern Brazil, the Hercilio Luz Bridge is the first bridge constructed to link the Island of Santa Catarina to the mainland. It is the longest suspension bridge in Brazil.

Florianópolis  is the capital and second largest city of the state of Santa Catarina, in the South region of Brazil. The city encompasses Santa Catarina Island and surrounding small islands, as well as part of the mainland. It has a population of 477,798, according to the 2016 IBGE (Brazilian Institute of Geography and Statistics) population estimate, the second most populous city in the state (after Joinville), and the 47th in Brazil. The metropolitan area has an estimated population of 1,111,702, the 21st largest in the country. The city is known for having the country’s third highest Human Development Index score among all Brazilian cities (0.847). The city is considered safe by Brazilian standards. In 2014, Florianópolis had the second-lowest incidence of murders of Brazilian capitals.