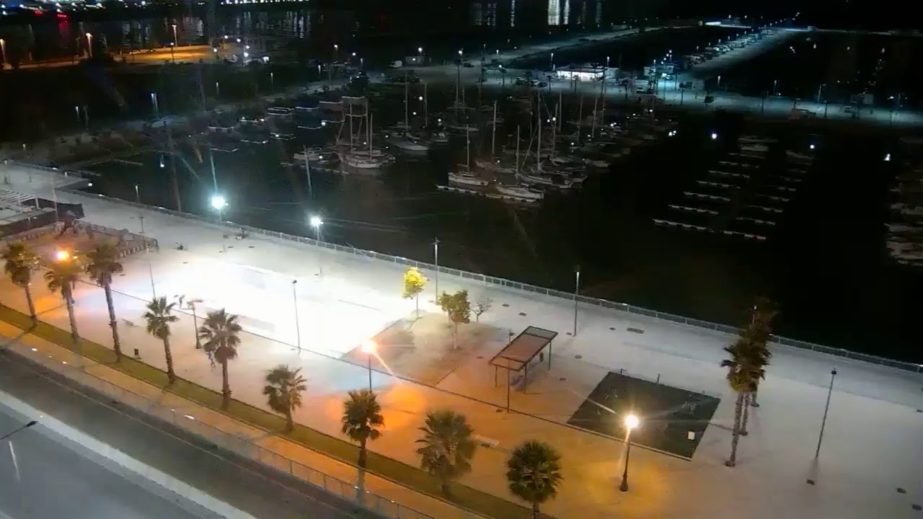 La Línea de la Concepción Marina live cam,  is a town in Spain, in the province of Cádiz in Andalucia. It lies on the eastern isthmus of the Bay of Gibraltar, north of the Gibraltar–Spain border, which lies north of the British overseas territory of Gibraltar, with which it has close economic and social links.

Cádiz  is a city and port in southwestern Spain. It is the capital of the Province of Cádiz, one of eight which make up the autonomous community of Andalusia.

Cádiz, one of the oldest continuously inhabited cities in Western Europe, with archaeological remains dating to 3100 years, was founded by the Phoenicians. It has been a principal home port of the Spanish Navy since the accession of the Spanish Bourbons in the 18th century. The city is a member of the Most Ancient European Towns Network.It is also the site of the University of Cádiz.

Situated on a narrow slice of land surrounded by the sea‚ Cádiz is, in most respects, a typically Andalusian city with a wealth of attractive vistas and well-preserved historical landmarks.

The older part of Cádiz within the remnants of the city walls is commonly referred to as the Old Town (Spanish: Casco Antiguo). It is characterized by the antiquity of its various quarters (barrios), among them El Pópulo, La Viña, and Santa María, which present a marked contrast to the newer areas of town.

In addition, the city is dotted with numerous parks where exotic plants flourish, including giant trees supposedly brought to Spain by Columbus from the New World.