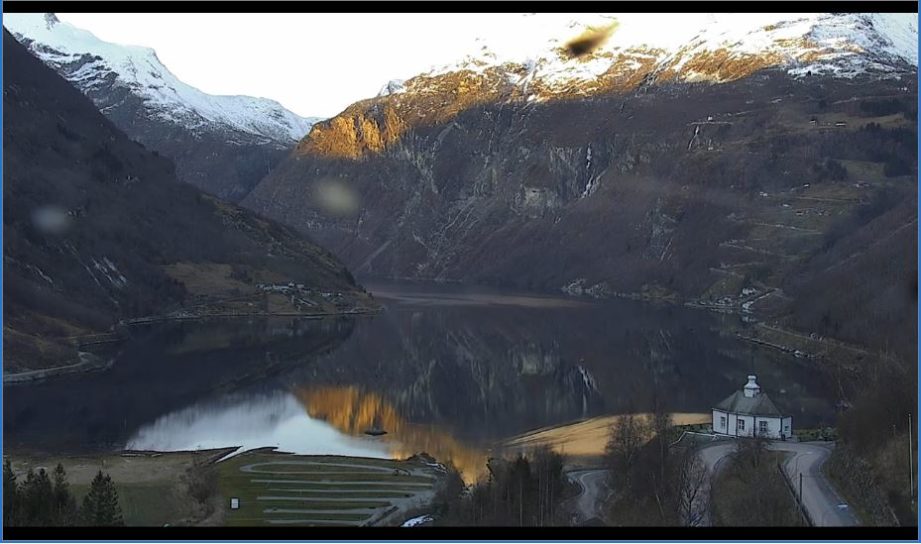 The Geiranger Fjord has been called the world’s most beautiful fjord, and a stay at Hotel Geiranger offers panoramic views of it.

The fjord is one of Norway’s most visited tourist sites. In 2005, it was listed as a UNESCO World Heritage Site, jointly with the Nærøyfjorden. This status was challenged by the disputed plans to build power lines across the fjord.

A car ferry, which doubles as a sightseeing trip, is operated by Fjord1 Nordvestlandske. It runs lengthwise along the fjord between the small towns of Geiranger and Hellesylt. The fjord is scheduled to require zero-emissions ships in 2026.

Along the fjord’s sides there lie a number of now-abandoned farms. Some restoration has been made by the Storfjordens venner association. The most commonly visited among these are Skageflå, Knivsflå, and Blomberg. Skageflå may also be reached on foot from Geiranger, while the others require a boat excursion. The fjord is also host to several impressive waterfalls such as Seven Sisters Falls.